Shortly after September 11, 2001, I remember a pundit on the radio saying that as a result of the terrorist attacks, we had reached the end of the age of cynicism. Indeed, it seemed for a while a sobriety had come over the United States in which people were more reflective in all of their comments, not just those surrounding current events, but in every area.

Eventually, life began to return mostly to normal. The monologues of late night comedians again took on a snarky tone, sarcasm resumed its prominent place, and commercials on television again became satirical. To the extent that this represented, in a strange way, a healing of sorts, then we have to view the return of cynicism as just that.

For reasons I may not fully understand even now, I feel happiest and most comfortable in a world of sincerity. My family knows that on those rare occasions when I am sarcastic, I am not in a good place. I call myself “terminally earnest”.

Even if someone is fairly loquacious like myself, we are limited in what we say. And I tend to think that what we say shapes our lives. I’ve found it effective to tell others what they mean to me. If I’m sad, I’ll come out and say it. And if I’m excited and happy, you’ll hear me say that also.

Brene Brown, in her book “Rising Strong” discusses how we sometimes temper our happiness because we anticipate that it may not last and we don’t want to be disappointed. I think, in the same way, we don’t want to express our true heart because someone may crush it. I believe this begins early in life when children tease us in response to what we say.

I was looking at old vinyl records in a store with a friend today and I was struck by how, in the 1960s, recording artists would often put pictures of themselves on the record cover, smiling and offering themselves to the world. Often, their expression seemed to say, “Here. I am giving you my best effort.” 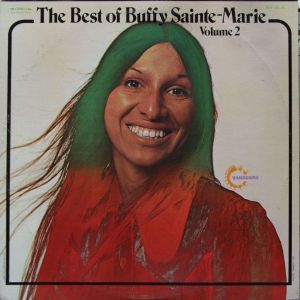 Were these artists naive to think that we would accept them as they are? Were they too unsophisticated to know they were taking a risk, that we might make fun of their earnestness? I don’t think so. Times were different, for certain. But I don’t think these singers were lacking in awareness. I think, rather, they were putting their best foot forward, giving us the opportunity to accept them, without fear.

I am acutely aware of my limitations and faults. I know that I have not traveled much and have limited experience with the most cosmopolitan among us. Still, I am not afraid to wear my heart on my sleeve.

To say “I love you”, to offer up your best, and to risk getting your heart crushed is the price you pay for living life to its fullest.

I should hasten to add that many of my good friends are what my daughters would call “sassy”. They aren’t afraid to be sarcastic, and even to volley your heart back to you if you serve it to them. I understand this and don’t begrudge it. But I will say this: I think they sense who I am and communicate with me accordingly. In the end, perhaps it makes for more heartfelt conversations. And I sense that they know they can come to me with tender thoughts and feelings.

In the area I live, there seem to be an abundance of bluegrass bands, in disproportion to the number of actual bluegrass fans (at least in my estimation). I have a theory about this. I think it is easy to sing these old mountain bluegrass songs because they are delivered with a bit of wryness and a wink. Folks know that they can relax because no one will take them seriously when they croon “The river rose the cricket sang, The lightnin’ bug did flash his wing, Then like a rope my arms I fling, Round Rose of Alabama”. There is almost no emotional risk in delivering this sentiment.  On the other hand, there aren’t many who will lay it out, singing “I can’t make you love me” or “When a man loves a woman“.

Cynicism is alive and well. I get it. For me, however, I stand ready to risk it all. I remain yours, terminally earnest.

View all posts by randyemullis